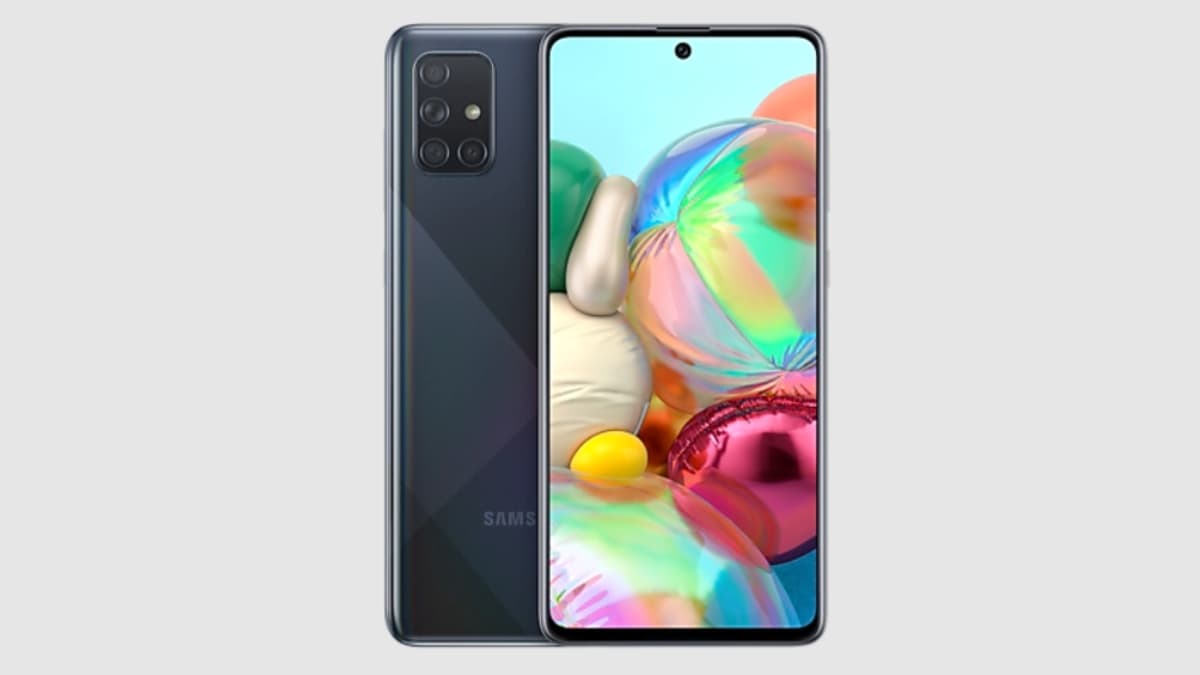 Samsung Galaxy A71 5G is reportedly being upgraded to the Android 13-based One UI 5.0 OS update in the US. The One UI 5.0 update for the Galaxy A71 5G is currently available on only select carrier-locked versions. It is said to come with the latest firmware version and November 2022 security patch, along with other features. The smartphone was launched with Android 10-based One UI 2.0 skin on top in April 2020. The handset was updated to Android 11 in early 2021 and received the Android 12 update in 2022.

According to a report by SamMobile, the stable version of Android 13-based One UI 5.0 update on the Samsung Galaxy A71 5G is only rolling out for carrier-locked version on Sprint and T-Mobile’s networks. The latest OS update has arrived with firmware version A135FXXU2BVL2. The update is also said to bring in the November 2022 security patch.

The Android 13 update is said to be the last major OS update on Galaxy A71 5G. Samsung Galaxy A71 5G users in the US can manually check for the update on their smartphones by going to Settings > Software update > Download and install.

Samsung has brought the new One UI 5.0 update with new features, customization options, as well as performance improvements and a few UI design changes. The customization options include an expanded Color Palette, larger notification icons, new lock screen customization, and an update to stock apps like Camera, Gallery, My Files, Samsung Internet, and more.

Meanwhile, Samsung has also rolled out the latest OS update One UI 5.0 for Galaxy Tab A8 series for both its LTE as well as Wi-Fi versions. The Android 13-based One UI 5.0 update for the Wi-Fi model of the Galaxy Tab A8 is available across Europe, including Romania, Luxembourg, Poland, Slovenia, Spain, and more. In India and a few other regions, the update is available on the Galaxy Tab A8 LTE model. It has come with the firmware version X205XXU1CVL6 in Europe and firmware version X205XXU1CVL5 in India.

Catch the latest from the Consumer Electronics Show on Gadgets 360, at our CES 2023 hub. Microsoft’s Clipchamp simplifies its plans, and it’s much cheaper

Ola fires 200 more engineers in fresh round of layoffs