Whether you’re a first-time iPhone buyer or a seasoned iOS veteran, the Apple iPhone 14 Pro is a smartphone that you can count on for practically all situations. It is the best iOS smartphone you can purchase, but it isn’t the one that offers the most value, so the recommendation leans on you being a power user.

If you’re someone that has an iPhone 12 Pro or iPhone 13 Pro, this upgrade isn’t going to add that much on top of what you already have. If you’re an iPhone user with an iPhone 11, 12, or 13, or something even older, the Pro model is going to be a worthy upgrade. If you’re an Android user that’s curious about the world of iOS, the Pro model is great, but it isn’t the best smartphone out there on the market when you consider other ecosystems.

In short, the iPhone 14 Pro is a solid smartphone. It offers a refined design that won’t turn any heads, but Apple still manages to add little things here and there that make the experience feel refined and refreshed. However, don’t let buzzwords like Dynamic Island or Crash Detection lure you into making a purchase. About this review: I purchased the Apple iPhone 14 Pro for personal use. Apple did not have any input into the contents of this review. As a bit of added perspective, I have used the iPhone 13 Pro as my daily driver since launch, prior to upgrading. It’s hard to get excited or compliment the look of the Apple iPhone 14 Pro because, in my eyes, after so many years, the shape, while refined, just looks spent. If you didn’t have the Dynamic Island as a hint, you could easily mistake the iPhone 11 Pro for the iPhone 12 Pro, the iPhone 12 Pro for the iPhone 13 Pro, and so on. Now, this is where you have to give credit to Apple for being able to refine a look over several years and have millions of people come along for the ride with cash in hand. Apple’s quite masterful in this respect, knowing just when to add something new so that people feel comfortable enough to part with their money and move on to a new model.

For the iPhone 14 Pro, Apple keeps the same size display as the previous model but uses a new 6.1-inch 120Hz OLED LTPO panel that has a variable refresh rate that can go as low as 1Hz. Implementing this kind of technology was necessary so that it could introduce the world to its interpretation of an Always-On Display. The notch at the top has been replaced with a hole and a pill cutout that’s disguised by the new Dynamic Island, which cleverly conceals the miniaturized 12MP TrueDepth camera. The company once again relies on surgical-grade stainless steel for the frame and textured matte glass on the rear. This year, three noticeably thicker camera lenses sit on a more pronounced camera plate. This added thickness accommodates Apple’s move to a 48MP main camera sensor after years of sticking with a 12MP sensor. In hand, the iPhone 14 Pro feels solid, hefty, and sharp due to its flat edges. The display is crisp and bright, even under the most demanding conditions, achieving a claimed 2000 nits at peak brightness. While I don’t get excited about the look or the design, it’s become a timeless classic in the minds of many. The years of refinement have brought it to this point, and I think for most, the iPhone 14 Pro sits on solid ground. While the iPhone used to take the crown for its photo and video prowess year after year, in more recent times, it has vacated the thrown to competitors like Samsung and Google. This year, Apple finally ditched the 12MP main sensor in exchange for a 48MP quad-pixel sensor. The quad-pixel sensor works by combining every four pixels into one large quad pixel resulting in enhanced optical quality and better low-light captures. Needless to say, if you’re shooting with the main camera, the pictures look good. The quality of the photos taken with the ultra-wide and telephoto are also improved from last year’s model. This is most likely due to the new “Photonic Engine,” which makes use of computational photography.

But where Apple really shines is with their video, and this year’s model is no exception. In addition to great image quality, the iPhone 14 Pro offers impressive stabilization, taking things even further with its new Action Mode. Action Mode can capture the smoothest handheld video, even when shakes or bumps get violent. I liken the experience to shooting a video with a gimbal. The footage is so smooth that it really is a game changer. Now, there are caveats with this mode, like requiring a lot of light and only being able to shoot in 2.8K at 60 fps, but it’s a great feature to have in the tool bag.

Apple hits the sweet spot with its camera, offering good to great quality photos and video. The iPhone 14 Pro offers a simplified experience where you just point, shoot, and feel good about the results. Whether it’s a bright sunny day or a dimly lit interior shot, the iPhone usually gets it done. Now, is it going to be better than what you might find on a top-of-the-line Android handset? Probably not, but for the majority, it’ll be more than enough. But I’ll let you be the judge by checking out the samples. If you’re looking for a more in-depth deep dive, I’d recommend checking out my colleague Ben Sin’s iPhone 14 Pro Max review, as that phone also has the same sensors found in the iPhone 14 Pro.

With the latest iOS update, Apple continues to build on its OS platform, keeping much the same but adding little features and enhancements. For iOS 16, the company is putting a focus on its customizable Lock Screen, its updated notification system, new Focus modes, and enhancements to messages. But what makes the experience unique on the iPhone 14 Pro is the inclusion of Dynamic Island. The Dynamic Island is a new piece of software that camouflages the hole and a pill cut out of the new 12MP TrueDepth camera. As the name suggests, it’s dynamic and responds to different apps and situations, expanding when needed to house more icons or information. This is still a new addition, and the functionality is quite limited, but it gives users a new way to interact with notifications or apps, as we have never seen before. Now, as far as usefulness is concerned, this will vary from person to person. But for my daily use, I rarely see the Dynamic Island react, and rightfully so, as there is limited support for third-party apps at the moment. That means when you use apps like WhatsApp, Slack, Gmail, Twitter, Google Chrome, YouTube, and TikTok, the Dynamic Island will remain dormant. Now, do I yearn for the notch, no, but did I expect more from the Dynamic Island, certainly.

But being let down by iOS 16’s new additions doesn’t really paint the whole picture, as iOS has never been about just one feature. The true strength of iOS lies in its cohesive experience and excellent integration with its hardware components, whether it’s an iPhone or smartwatch, it all works together like a well-oiled machine. On the flip side, this cohesive system comes at a cost, with its super-rigid UI that lacks any kind of flair and the restrictive nature of the OS itself that some have referred to as having features that make it a walled garden. Again, you can either love it or hate it, but it’s just one of those things that consistently just works, and for someone like me, that’s perfect.

With its A16 Bionic processor and 6GB RAM, the iPhone 14 Pro is an all-around excellent performer. The phone can process anything that you can throw at it. Whether it’s games, web browsing, video editing, taking pictures and videos, you name it, it can be done. During my time with the phone, there hasn’t been a moment that I feel things are sluggish. If there is a complaint, it would be when running intensive processes, as the back of the phone does tend to get really hot. This can happen during intensive gaming sessions or using an app that requires a lot from the SoC.

For those that like to look at benchmark numbers, you can see the results from 3DMark and Geekbench above. The scores should speak for themselves, but this is a capable smartphone, and there really isn’t much out there that can slow it down. With the Apple silicon, what you get is not only a capable performer right now, but also one that ages gracefully, marking it as one of those devices that you should consider if future-proofing is higher on your priority list.

Unfortunately, these numbers mean nothing outside of a controlled environment. With just under a week of use, the battery life is pretty bad when compared to the previous iPhone 13 Pro. Despite Apple’s use of an OLED LTPO panel that can go as low as 1Hz, the battery life still gets hit pretty badly when the Always-On Display is enabled. For those that tend to eat through battery on their phones, you won’t be happy to hear that the iPhone 14 Pro offers a rather sluggish charging rate, going from zero to 50 percent in roughly 30 minutes if you’re using a 20W adapter. The phone can also charge wirelessly using a MagSafe wireless charger at 15W or a Qi wireless charger at 7.5W. This is far from the fastest charging speed available, but it’s adequate enough, considering that depleting the battery can sometimes be a challenge in day-to-day use. This experience is obviously going to be different, as everyone uses their phone in their own unique way.

Is the Apple iPhone 14 Pro the right smartphone for you?

You should buy the iPhone 14 Pro if:

You should not buy the iPhone 14 Pro if: When you peel back all of the layers of the iPhone, what are you left with? In fact, I think the better question is when you peel back the layers of any smartphone, what are you left with? At its core, to me, a smartphone is about communication, entertainment, and connectivity. In our current climate, pretty much any smartphone, Android or iOS, can easily deliver on these core values. So I’ll say the obvious at this point: it’s just a matter of preference because there are plenty of choices out there.

Now, as I said before, the iPhone 14 Pro isn’t exciting, but in my day-to-day use, I keep gravitating back to an iPhone because the experience is reliable and consistent. This also applies to other iOS devices, no matter what kind of device or how old it is, the experience is always the same. It works well for the things I do, and it can keep doing it for prolonged periods of time. There are lots of other scenarios I can expand on, but the bottom line is that it just consistently and reliably works. This case offers three different color options to choose from, in addition to a minimalistic, slim build. 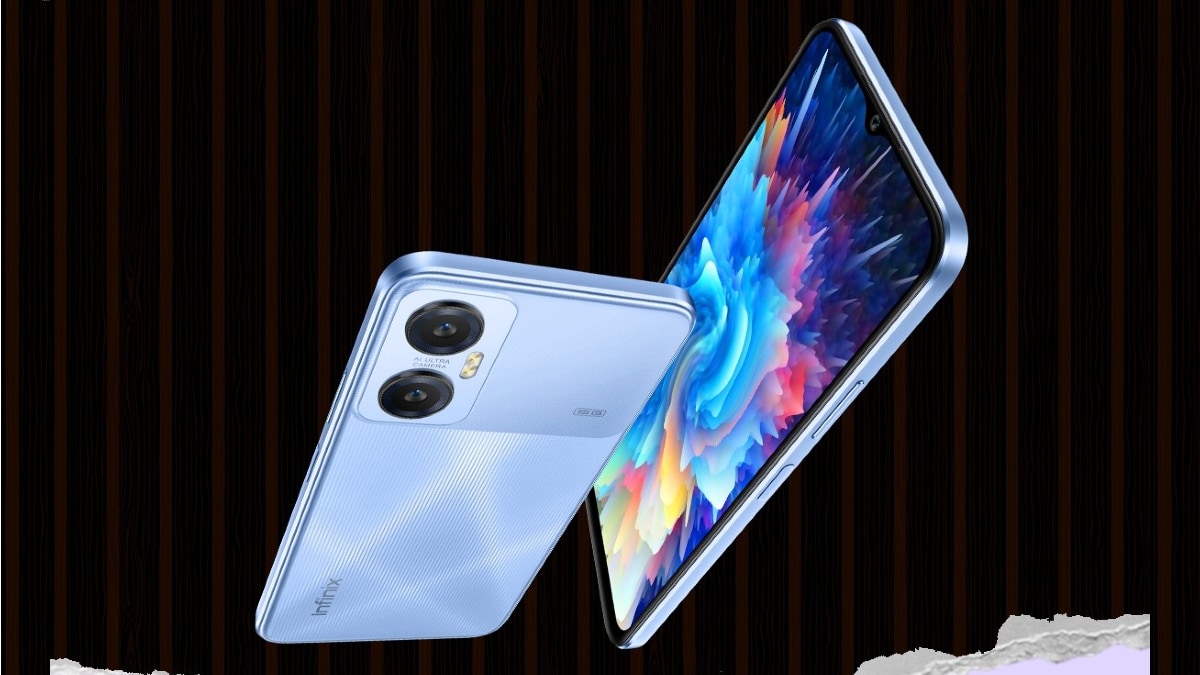 ‘We have the tech capability to spot rogue drones’, says Happiest Minds after delivering India’s first airspace map for drones – Times of India