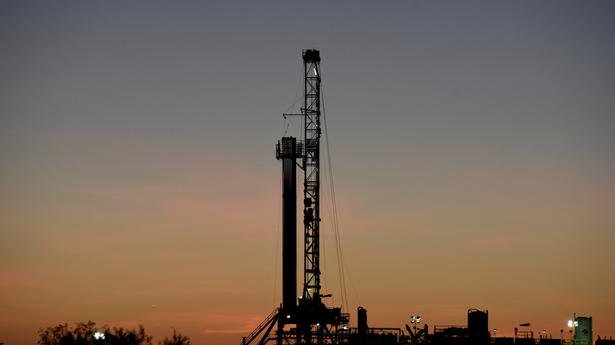 Does the new Bill completely leave out fossil fuel industries? What are the listed incentives to switch to clean energy?

Does the new Bill completely leave out fossil fuel industries? What are the listed incentives to switch to clean energy?

The story so far: On August 7, the U.S. Senate approved a Bill titled the Inflation Reduction Act (IRA) 2022, with a simple majority of 51 to 50. Vice President Kamala Harris cast her tie-breaking vote to aid the approval after the Senate was evenly divided. Even though all Republicans opposed the bill, the Democrats pushed through after a long debate taking advantage of the budget reconciliation process. The bill is a scaled-down version of President Biden’s Build Back Better Act (BBBA), which failed to get approval from the Senate. The IRA has a special focus on climate, healthcare, and tax provisions to address inflation.

What are the climate change provisions?

The Bill marks the largest American investment aimed toward making the U.S. a leader in clean energy. It includes packages worth $369 billion for the clean energy transition.

It provides a tax deduction to low and middle-income households to go electric and seeks to lower the energy bills of American households. It also aims to bolster the domestic production of heat pumps and critical minerals. For disadvantaged low-income communities and tribal communities, the Bill provides funding to benefit from zero-emission technologies which reduce greenhouse gas emissions, enhance climate resilience, and mitigate risks from extreme heat.

The Bill provides significant investment in renewable energy through heavy tax credits for wind and solar energy projects and electric vehicles. Additionally, the Bill imposes a tax on the largest and most profitable companies in order that they pay their fair share, without levying any taxes on households with income less than $40,000 per annum. It also imposes a fee on methane leaks from oil and gas drilling.

At the same time, the Bill also aims at more investments in fossil fuels.

It seeks to expand oil and gas drilling, with the federal government offering land for onshore and offshore drilling as a prerequisite for developing renewable energy. Thus, it handcuffs the expansion of oil and gas with renewable energy development.

Why does the U.S. want to invest in addressing climate change?

The U.S is currently facing extreme climate threats. This includes heatwaves, wildfires, cyclones, floods, and hurricanes that have become frequent and intense in the past few years. The ongoing floods in Kentucky triggered by heavy rainfall and the wildfires in California induced by dry lightning have become a major concern for the country. There is a link between extreme weather events and climate change.

Additionally, President Joe Biden has also undertaken certain climate commitments. Climate action has been a priority since he came into office. In 2021, he committed to the new ambitious target of cutting emissions by 50-52% below 2005 levels by 2030 and signed a new methane deal to curb methane emissions from the oil and gas industry. He introduced the Build Back Better plan which was a multi-trillion deal with key provisions for climate change.

In May 2022, the Biden administration revoked the Alaska oil and gas drilling lease sales in the backdrop of soaring fuel prices, a move that is consistent with its climate commitment.

Why are Republicans opposing the Bill?

The legislation faced criticism not only from Republicans but also from a section within the Democrats along with fossil fuel supporters, and climate advocates.

The Republicans tried to delay the passage of the Bill in the Senate by introducing numerous amendments that criticised the Bill for its inability to curb inflation. All the amendments introduced failed except the one introduced by Senator John Thune on the exemption of some businesses from the minimum corporate tax. Democrat Senator Kyrsten Sinema supported John Thune’s amendment to support her state Arizona’s business-friendly approach.

Within the Democrats, the party had to agree to some policy changes. Senator Joe Manchin was the major reason behind the failure of President Biden’s BBBA in the Senate earlier. However, after constant deliberations, he agreed to support the current version which has more focus on reducing deficits.

Fossil fuel supporters criticise the bill as it does not take into account the communities that are dependent on the fossil fuel industry for their income. A protest by the workers of a coal plant in the state of West Virginia was recorded after their own Senator Joe Manchin agreed to back the bill.

Climate advocates criticise the bill for coupling the development of renewable energy, which is the cause of global warming, with land leasing for oil and gas drilling. The Bill still contains giveaways to the fossil fuel sector.

How does the Bill help the U.S. achieve its climate targets?

The Bill being the largest-ever investment in addressing the climate crisis in U.S. history, will help the nation get closer to its climate target of reducing 50-52% emissions below 2005 levels by 2030.

According to an estimate by the Rhodium Group, the investments in the Bill could reduce greenhouse gas emissions by 31 to 44% by 2030.

The Bill can help the U.S. compete with China in terms of renewable production as China is a leading producer of solar energy. It can also facilitate the creation of domestic jobs.

Thus, the Bill can prove to be a turning point for global climate action as the U.S. is one of the largest emitters of greenhouse gases globally. However, it does not address any issues of global climate finance which is a major impediment to global climate action. It is a mere step toward achieving the climate target agreed upon in the Paris Agreement, where Article 2 states global temperature should be limited below 2°C.

Even though the Bill is not enough to address the climate crisis, such historic initiatives by global leaders in greenhouse gas emissions can be a benchmark for other large emitters to push their climate action programmes.

Have similar climate packages been announced by other countries?

In May 2022, Japan announced its ‘Invest in Kisida’ plan which aims for a $1.1 trillion investment to bolster the Japanese economy. As part of the plan, the country aims to transition to clean energy and achieve 46% reduction in greenhouse gas emissions by 2030. In June 2021, the European Union (EU) proposed a similar ‘Fit for 55’ plan to reduce emissions by 55% by 2030. The plan is expected to become law soon. Being the largest emitters, both the U.S. and the EU can play a significant role in taking responsibility for historical emissions.

Akriti Sharma is a doctoral scholar at the National Institute of Advanced Studies, Bengaluru

On August 7, the U.S. Senate approved a bill titled the Inflation Reduction Act (IRA) 2022. The IRA has a special focus on climate, healthcare, and tax provisions to address inflation.

The Bill marks the largest American investment aimed toward making the U.S. a leader in clean energy. It provides a tax deduction to low and middle-income households to go electric and seeks to lower the energy bills of U.S. households. For disadvantaged low-income communities and tribal communities, the Bill provides funding to benefit from zero-emission technologies. It also imposes a fee on methane leaks from oil and gas drilling.

However, climate advocates criticise the bill for coupling the development of renewable energy, which is the cause of global warming, with land leasing for oil and gas drilling.

Zomato, Paytm and PB Fintech among 35 BSE500 constituents rallying over 10% this week

Deals on Popular Budget Graphics Cards for You