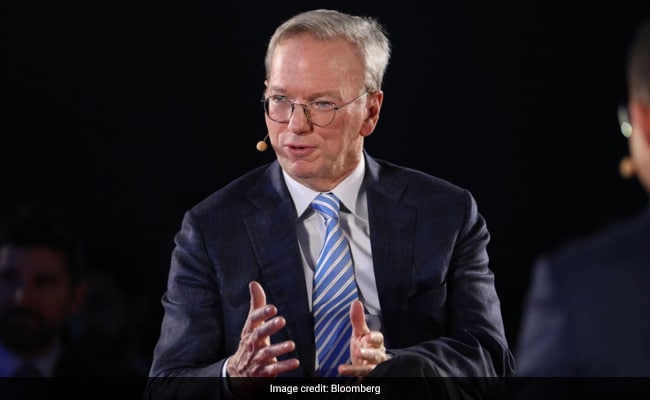 Facebook, now known as Meta Platforms Inc., “went a little too far on the revenue side and not enough on the judgment side,” Schmidt said in an interview on Bloomberg Television. “You can see that from the Facebook leaks that have been occurring.”

The documents — shared with the US Securities and Exchange Commission and Congress by whistle-blower Frances Haugen and obtained by the Wall Street Journal, Bloomberg and other media outlets — show that Meta struggled to contain hate speech and misinformation.

They also revealed that the company’s own staff, including internal researchers, faulted it for failing to stop the proliferation of groups that fomented the US Capitol attack on Jan. 6. And internal studies spotlighted the potential risks of its Instagram photo-sharing app for teen girls. The company, valued at $934 billion, rebranded itself as Meta last month.

“The disturbing thing is that people have said a long time ago that Facebook was doing this, but people said, ‘Well, they didn’t understand or they didn’t measure it,'” Schmidt said. “And what we learned in those disclosures is that these companies — and Facebook in particular — knew what it was doing.”

Still, Schmidt said he opposes trying to regulate the tech industry. “The regulation is always either too soon or too late,” said the executive, who was CEO and chairman of Google from 2001 to 2011 and executive chairman of the company until 2018. “What I would rather have is sort of proper industrial restraint,” he said.

The company’s rebranding move to Meta speaks to a new emphasis on building a metaverse — a virtual-reality social space that would eventually take over from the web and app social services of today. Meta said it will also seek to renew its appeal to younger users, with CEO Mark Zuckerberg saying executives will “make serving young adults their North Star, rather than optimizing for the larger number of older people.”

Haugen, a former employee, testified last month before a panel of the Senate Commerce Committee. At the hearing, she criticized the company for not prioritizing the well-being of its users over profits. Zuckerberg has denied the characterizations, saying they’re “just not true.”

Schmidt, 66, is the co-author of a new book called “The Age of AI” — along with former Secretary of State Henry Kissinger and computer scientist Dan Huttenlocher — that examines how artificial intelligence is transforming human society for better and for worse.

Schmidt remains a technical adviser and top investor at Google’s parent, Alphabet Inc., and he’s chairman of the Broad Institute research center. While at Google, he orchestrated the acquisition of YouTube, another social service with billions of users that has drawn criticism for spreading misinformation.

Spider-Man Remastered PC Review: A Tad Overpriced, but Worth the Wait