If you’ve heard of ChromeOS, you’ve probably already decided that it isn’t for you. I’ve never really used it, but I know the premise — a stripped-back operating system focused primarily on giving you access to the internet. The likes of Google Docs make formidable competitors to the Microsoft Office suite of products, and that’s basically what ChromeOS is all about. Over the years, though, it’s become more than that. The HP Chromebase All-in-One is a testament to just how much ChromeOS has evolved.

ChromeOS has become more than just a work-horse for cloud-based applications. It can run Android apps and even applications built for Debian-based machines. It’s surprisingly easy to get up and running too, as I had Android apps and Linux apps co-existing in just a few minutes after unboxing and setting it up. There are a lot of applications for devices like these, and even if they aren’t high-end (though high-end Chromebooks do exist), that doesn’t mean that they’re bad.

After using the HP Chromebase All-in-One 22 as my main machine for work for over a week, I was surprised to find that this all-in-one computer packs a lot more punch than I expected. It’s not a workhorse, but if most of your work is online, then it might be the perfect device for people who may be in full-time education. Coming in at $589, its biggest flaw is the price. The HP Chromebase All-in-One is a computer with everything that you need in the box, and all of its computation is located in the base and behind the display. It’s easy to use, quick to set up, and works pretty great. However… it has ChromeOS. About this review: I received the Chromebase All-in-One from HP on September 12th, 2022. While the company sent it to me for review, it had no input into the contents of this article. Our unit has an Intel i3-10110U, 8GB of RAM, and 256GB of NVMe SSD storage.

The HP Chromebase All-in-One has been available in the United States for over a year. There are multiple SKUs available, and it starts at $589.99.

The above are all starting prices, and you can customize them on HP’s website to fit the specs to your liking. The HP Chromebase All-in-One has a pretty basic design, but that’s not inherently a bad thing. It has a cloth-like base with built-in dual B&O 5W speakers propping up the plastic arm that holds onto the display. The speakers are nice and loud, though distort at the upper echelons of volume. That base also houses two USB ports on the back, two USB-C ports, and a 3.5mm jack with both headphone and microphone support. I do wish these ports were in the display itself rather than the base, or at least extra ones.

As for the display itself, there’s also not a lot really special about it. There’s a slider at the top that disables the camera, or the camera and microphone, and it provides a visual element too so that you’re always aware of when your camera or microphone is inactive. The webcam comes in at 5MP and supports dynamic adjustment to improve your picture quality in different lighting conditions.

The most “advanced” part of the design is in the display, and its purpose is twofold. It’s both a touchscreen display and can be rotated to its side if you want. It has autorotation built in, so it knows if you turn it sideways and you don’t need to go mucking about in the settings.

For what it’s worth, I’m not a fan of the touchscreen, but as a learning aid, I can see why it would work for accessibility. If one of these were to be incorporated into a classroom, it would make sense that any student can use it, and a touchscreen certainly helps with that. It’s got a decent quality panel, as it’s 21.5-inches in full HD IPS and bright enough at 250 nits. The bezels are fairly big on each of the sides, and the frame itself being plastic makes it feel somewhat cheap when lugging it around. Given that it’s designed to just sit on a desk though, this seems like a fairly decent compromise to shave some of the price off.

I think that the display could have done with being a small bit bigger, but it’s not the worst. I found it nice to work off of, and the smaller display makes it easier to focus on what’s in front of me without losing out on screen real-estate. For development it’s terrible, but just for writing an article (such as this one), it’s great. In other words, it’s going to be perfect for anyone who wants it for research or for writing.

Using the HP Chromebase All-in-One has been surprisingly nice. As already mentioned, I can run all kinds of software on it. I can run Spotify (an Android app) while browsing the internet (through a ChromeOS app) and accessing a Linux Terminal — all at the same time. I can develop in Python through VS Code again thanks to Linux support, and I can then send files directly to my Android smartphone through Nearby Share really easily. I was pretty surprised at how nice it was to use this Chromebase, and I didn’t expect it to be as fluid as it is. After all, I’ve only ever heard how bad ChromeOS is. I didn’t really run into many issues though, aside from the lack of native apps.

Here’s the problem when it comes to apps: a lot of the time, you’re going to need to rely on either Android apps or Linux apps. The Android Spotify app does perfectly fine, but Slack for example is a little bit of a mess. There’s a Linux app that when I install it and try to log in, I get kicked to my browser to log in. The browser, running in ChromeOS (and not in a virtualized environment), can’t interact with the Slack installation in its container. As a result, I can’t log in. I couldn’t find a way around this.

However, I quickly found a solution — the Android Slack app. The problem is that Slack on Android doesn’t really translate well to a non-touchscreen environment, and as someone who prefers to use a mouse and keyboard over the touchscreen of a 21.5-inch monitor, it’s inconvenient, to say the least.

ChromeOS, being as limited as it is, is great for someone that may find themselves easily distracted. Because it can’t do a whole lot (without work), it’s great at keeping you on track with what you’re doing. While that would normally be a downside, I actually think that it’s a major plus for a device like this.

In terms of specifications, our unit comes with 8GB of RAM, an Intel i3 10110U, and 256GB of NVMe storage. If you’re energy conscious as well, it uses a 90W power adapter, which makes it even better if you’re going to be buying these for use in a classroom or as an always-on machine for work. Energy is expensive these days, after all.

I never really encountered any lag when doing anything, and it boots up really quickly thanks to the NVMe storage that it packs. As well, the Intel i3 10110U, while a more budget-oriented chipset, actually handles itself pretty well when switching between multiple applications that are all designed for different platforms. If you wanted to actually properly get into development though, I’d pick up a budget laptop and install Linux on it instead. The HP Chromebase All-in-One comes with both a keyboard and a mouse, and to be honest, they’re both pretty decent. They’re battery powered and the batteries come in the box, and you just plug them in and they work. You need to pair them to the Chromebase when you first get it, but again, it’s pretty seamless. I accidentally misread the pairing prompt and pressed the wrong button on the keyboard when setting it up, but it was trivial to reconnect and start again.

The keyboard is nice to type on, and while it’s not a mechanical keyboard or anything like that, I didn’t hate using it. It felt like one of those good Dell membrane keyboards from back in the day, which is about as good as a membrane keyboard got for me. However, if you don’t want to use the included mouse and keyboard, nothing stops you from either using your own wired peripherals or using your own Bluetooth ones either.

The mouse itself is also nice to use, but I found that the sensitivity on it was a little bit too high. Even reducing the sensitivity in ChromeOS didn’t bring it down as low as I wanted it, so keep that in mind. I typically use a mouse with 400 DPI, so while I’m definitely an outlier, it also allows for greater precision when switching quickly between windows.

Overall, while they’re not the most high-end peripherals, the included mouse and keyboard are more than passable. These are decent peripherals that come in the box and are completely serviceable for an all-in-one kit. You get everything you need to get your Chromebase up and running in the box, and I can appreciate the simplicity of that.

Should you buy the HP Chromebase All-in-One 22? If you’re looking to pick up a back-to-school option (though maybe it’s a little late for that…) the HP Chromebase All-in-One is honestly kind of exceptional. You get a mouse and keyboard in the box, and it’s a perfect machine for researching that’s free of distractions. If you’re interested in development as well then it can be used for that too thanks to the virtualized Linux environment that can be set up in the developer options.

However, if you’re looking for something a little bit more powerful or versatile, then it’s kinda hard to say that this is the machine for you. I wouldn’t expect that most enthusiasts would love one of these machines, but that’s kind of just the state of ChromeOS devices in general. They’re quite limiting, and to some, that’s part of the charm. For enthusiasts like you or I though, that just feels restrictive.

The HP Chromebase All-in-One is a computer with everything that you need in the box, and all of its computation is located in the base and behind the display. It’s easy to use, quick to set up, and works pretty great. However… it has ChromeOS.

You should buy the HP Chromebase All-in-One 22 if:

You shouldn’t buy the HP Chromebase All-in-One 22 if:

In short, I can definitely see a market for the HP Chromebase All-in-One 22, but I think it’s quite niche. Chromebooks in general aren’t all that popular, and a desktop computer with ChromeOS will be even less so. However, for those who may be looking to pick up a first computer for their child or are just looking for something low-powered for browsing the web, then you can’t really go wrong either. 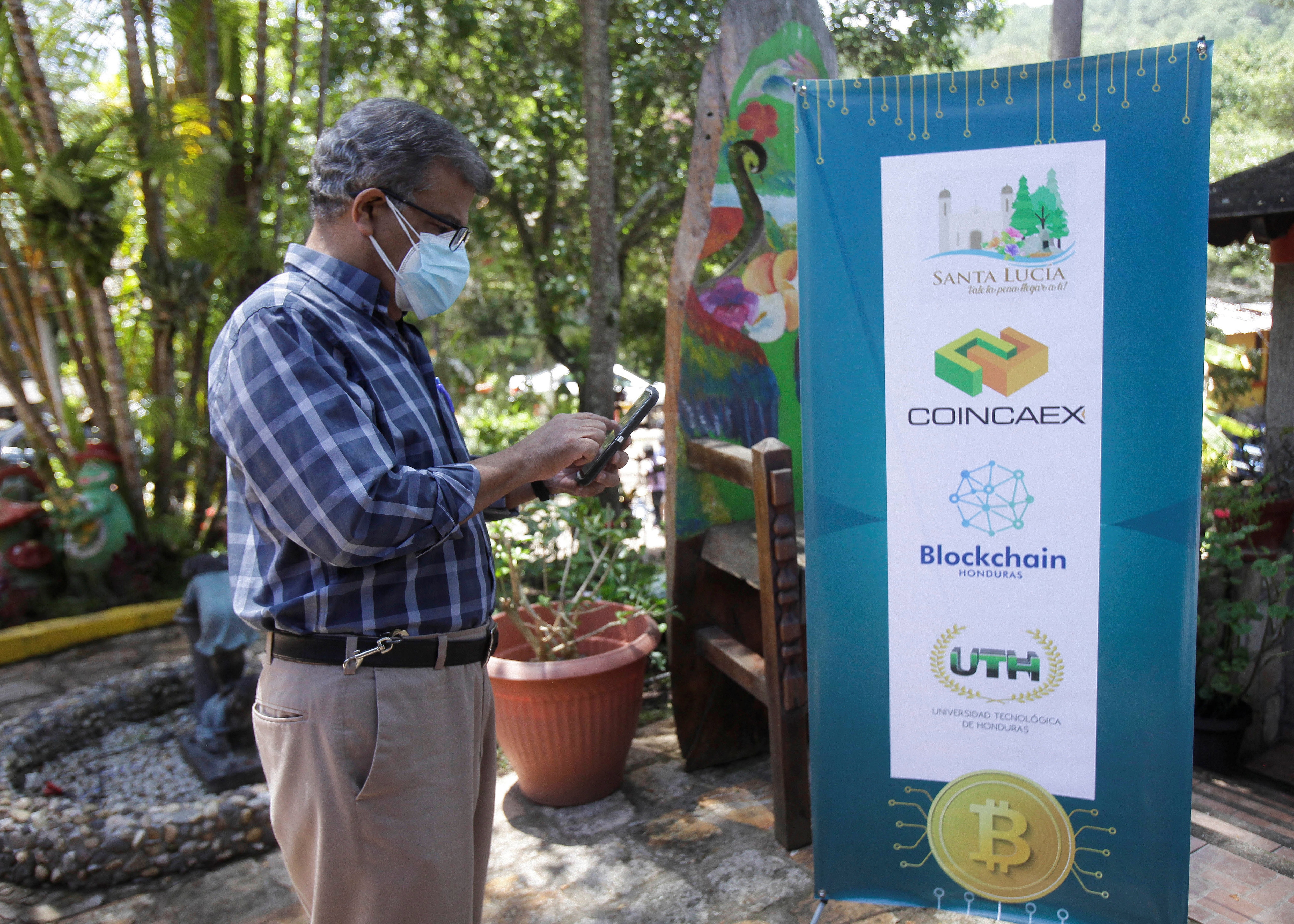 Halo Infinite Out Now for PC and Xbox: Here’s All You Need to Know

‘Apollo Tyres moving all IT infra to AWS’