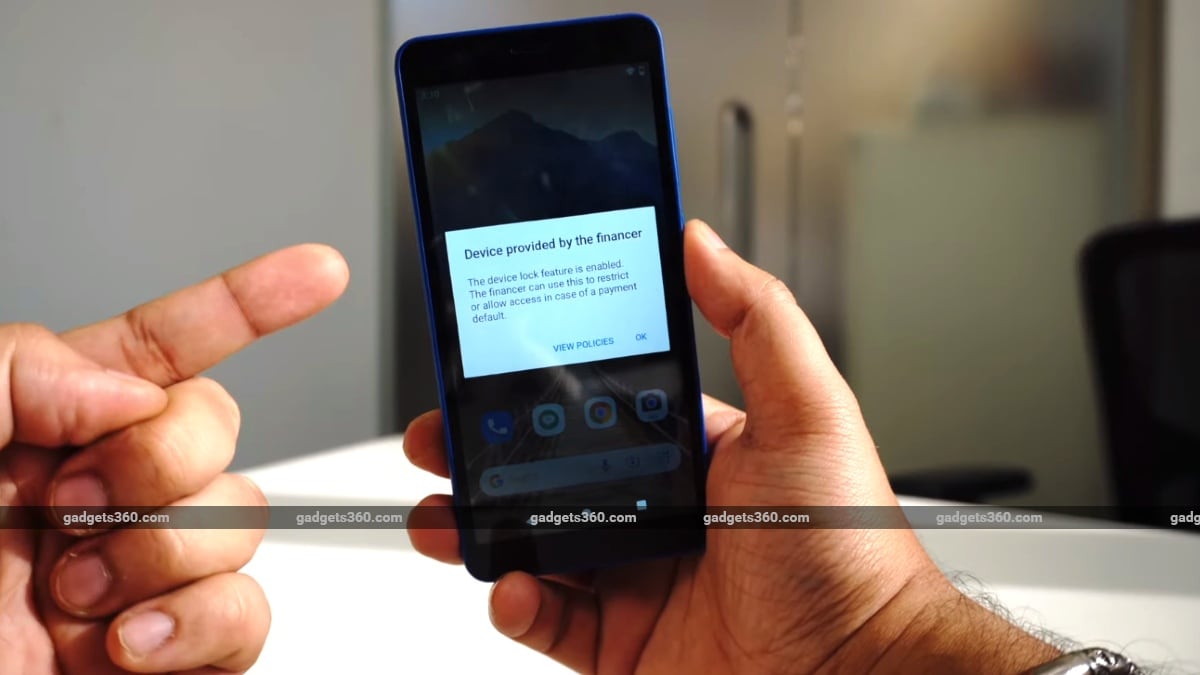 
JioPhone Next is preloaded with device lock that allows Reliance Jio to restrict access in case you are not able to pay its EMIs. The device lock “feature,” as it is called by the company in an onscreen banner, appeared on the early units of the JioPhone Next that have been showcased to the media ahead of its sale. Jio announced the availability of JioPhone Next in collaboration with Google last week. The phone comes with a price tag of Rs. 6,499, though it can be purchased by paying an upfront amount of Rs. 1,999 and the rest via easy EMI instalments for up to 24 months.

The preloaded device lock measure is meant to restrict user access if a customer fails to pay the EMIs. However, instead of keeping it in the background, Jio has placed a banner on the notification panel that highlights the lock and reads, “Device provided by the financer.”

It is safe to expect that the device lock will be limited to the JioPhone Next units that will be purchased via EMI options and would not be available if a customer is paying the entire price of the phone at once.

JioPhone Next is notably not the first Android phone in the Indian market to preload a measure that will restrict its access in case of payment defaults. Some finance companies and private money lenders in India have also started deploying similar solutions on the phones that are being purchased through their EMI options to recover the debt.

Last year, Google was also spotted creating an app called Device Lock Controller that was aimed to restrict access to the device if the user is not able to pay its instalments.

Gadgets 360 has learnt that Jio has natively developed the device lock measure available on JioPhone Next to avoid bad debt instances due to non-payment of EMIs in the future.