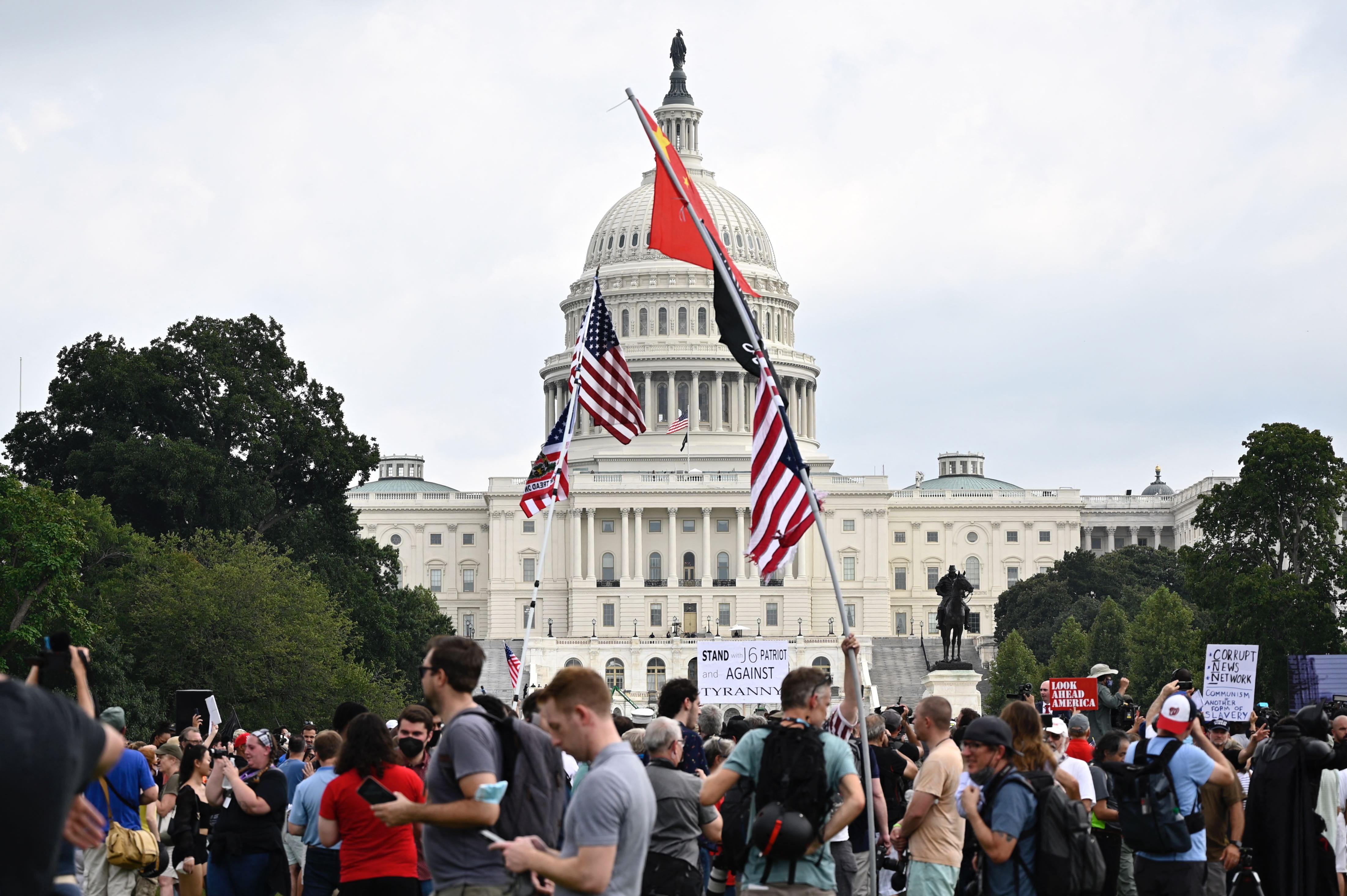 The man is facing six felony counts for taking part in the US Capitol riot in January. (File)

Belarus state television says an American charged in the US Capitol riot investigation illegally crossed into the tightly controlled ex-Soviet country and is seeking asylum.

Belarus 1, the country’s main television channel, said late Sunday that Evan Neumann, who is accused of taking part in an attack on the US Capitol in January, crossed from Ukraine into Belarus in mid-August.

“A US citizen is seeking asylum in Belarus. It sounds incredible but it is a fact,” the channel reported.

The channel broadcast an interview with the bearded Neumann, who is facing six felony counts including assaulting police officers. In the interview the former California resident insisted he was innocent and denied attacking the police.

A violent mob of Donald Trump supporters ransacked the US Capitol in Washington on January 6 in an attack that left five people dead.

The rioters had been egged on by Trump, whose fiery speech earlier that day falsely claiming election fraud was the culmination of months of baseless assertions about the presidential contest that he lost fairly to President Joe Biden.

The state-controlled Belarusian TV channel said Neumann was a “simple American” who “looked for justice (and) asked uncomfortable questions but lost practically everything and is being persecuted by the US government.”

Neumann, who is on the FBI’s wanted list, flew to Italy in March and eventually made it to the western Ukrainian city of Zhytomyr where he lived for four months, Belarus 1 said.

He told the channel he believed he was being followed by Ukraine’s SBU security service and decided to leave for neighbouring Belarus, run by strongman Alexander Lukashenko for nearly three decades.

“This is awful,” he told the channel in remarks translated into Russian, referring to the alleged Ukrainian surveillance. “This is political persecution.”

According to details from the American’s LinkedIn profile cited by the US Justice Department, he was in Ukraine during the popular uprising dubbed the Orange Revolution in 2004 and 2005.

Pictures and videos published by the US authorities show Neumann wearing an orange and yellow scarf commemorating the Ukrainian uprising.

In power since 1994, Lukashenko has cracked down on civil society groups and organisations with Western links since unprecedented protests erupted against his disputed re-election last year. Tesla Safety at Centre of Trial Over Fiery, Fatal Crash in South Korea