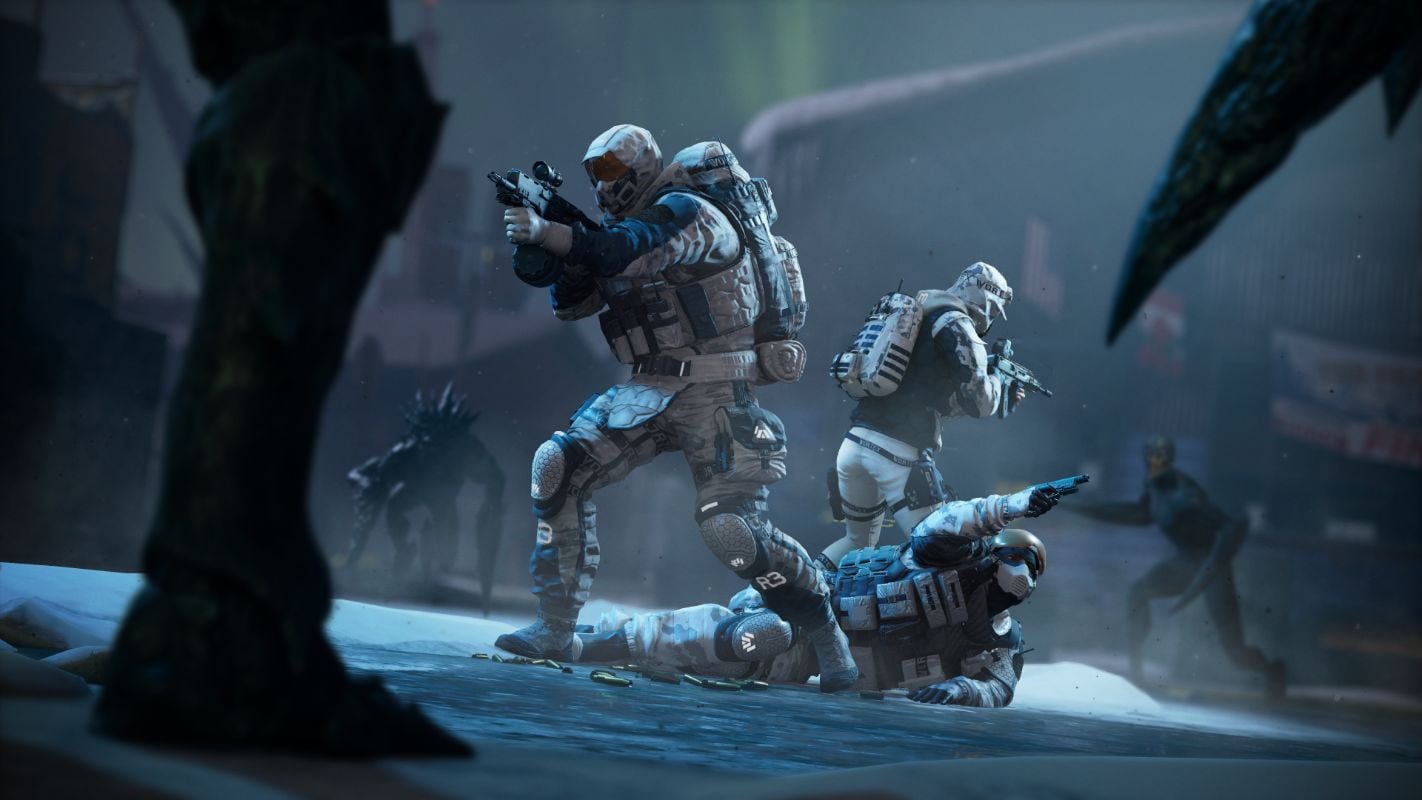 
Rainbow Six Extraction, first and foremost, is an extension of a well-established IP. Following early disappointment and massive amounts of developer support, Rainbow Six Siege — the series’ online-only reboot launched in 2015 — has outlived all of Ubisoft’s expectations and become a multi-year ongoing game (dubbed games-as-a-service in industry parlance). As of two Decembers ago after launching on PlayStation 5 and Xbox Series S/X, Rainbow Six Siege registered 70 million players across all platforms. On one hand, that’s why there hasn’t been a new Rainbow Six game for over six years now. On the other hand, a new title (that appealed to a different gamer market) has seemed inevitable. And that’s what we get with Rainbow Six Extraction, out Thursday globally.

Drawn on the time-limited Rainbow Six Siege game mode Outbreak, Rainbow Six Extraction is a spin-off in principle. It brings Six Siege’s roster of characters — or Operators, as they are known — to Extraction and thrusts them into an alternate reality where they must tackle an alien race known simply as the Parasite. As you can immediately tell, Rainbow Six Extraction is not a player-vs-player (PvP) experience unlike its mainline cousin. It’s now a co-op player-versus-environment (PvE) game, with squads of up to three players being sent into arenas to complete a series of objectives. There’s no campaign though — no narrative or connective tissue, just a bunch of levels that you revisit over and over, which ultimately felt artificial and manufactured to me.

Except Rainbow Six Extraction — developed by a team at Ubisoft Montréal, led by Far Cry New Dawn co-director Patrik Methé and For Honor designer Alicia Fortier — isn’t really for anyone. One of the major problems is the game’s staggering difficulty curve. Even the lowest difficulty level is a lot. I mean, it’s called “moderate”. Does no one at Ubisoft Montréal understand the meaning of the term? Moderate would have been more appropriate for a mid-level difficulty, except there’s nothing below it on Rainbow Six Extraction. Following moderate, you have “cautious”, “severe”, and “critical” — all of which were plainly beyond us. I say us, because I mostly played Extraction with two of my friends. And all of us struggled to stay alive, to make meaningful headway.

While Rainbow Six Extraction doesn’t have a campaign, it does offer progression. The game starts you in New York City with three disparate locations: a hotel, a police station, and Liberty Island. All of these locales have been taken over by the Parasite, which means they are devoid of civilians — and anything resembling trappings of a hotel, a station, or Statue of Liberty. Anyway, you spend your entire time inside buildings that look more or less the same, so it’s not like it matters where you are. Still, Rainbow Six Extraction will move you across the US as you level up, unlocking new arenas — basically, warehouses — from San Francisco to Alaska and beyond. Your characters can also level up, getting better at what they do. And you earn tech points to unlock new, well, tech.

But if you struggle due to the difficulty — which all three of us did — it also means your experience of the game is severely limited. (Rainbow Six Extraction does adjust its difficulty based on number of players in your squad, for what it’s worth.) Every minute we spent in Rainbow Six Extraction was restricted to one of three arenas available in New York City, as progression is naturally hard to come by when you keep dying over and over. It’s not fun to play the same locale again and again, especially when you’re losing for the most part and more so when there’s no larger point to it all. Having to repeat the same level dozens of times can get frustrating and turn into work — and that’s the last thing video games should feel like.

Rainbow Six Extraction’s difficulty is further amped up owing to how the game is designed. An Operator’s health is paramount — not only does it not recover on its own during missions, you can’t restore it either. The medic kits you will find in Rainbow Six Extraction only offer a temporary health boost, which ticks down as you continue playing. Moreover, health doesn’t return to original levels even after you return from a mission. To do that, you’ve to allow your Operator to rest — this feels all the more artificial given there’s no campaign. Ubisoft clearly intended this to ensure you rotate between Operators and that none of them are left behind as you level up. But you could argue this creates padding and further dents progression speed.

If an Operator’s health drops to zero, teammates can help revive them — but only once. The next time that happens, they are KO’d. Except on Rainbow Six Extraction, this takes the form of Operators being encased in stasis foam. Teammates can save them by extracting them to a secure location. But should you fail to do so, all KO’d Operators will be declared missing in action (MIA). The Operators you lose cannot be chosen for future missions in the same arena. Well, not until you rescue them anyway — by doing more extractions in said location. Rainbow Six Extraction’s MIA mechanic also triggers if players are disconnected from the server, which is just the worst. You can wait for them to rejoin, but the game doesn’t pause — you have to survive on your own while they are gone.

Naturally, given Rainbow Six Extraction’s steep difficultly curve, we lost a lot of Operators to the MIA mechanic during our time with the game. But even when we did manage to stay alive, we weren’t able to do enough. And that’s due to the combination of two things: stealth + enemy respawn. If the aliens spot you, they will shriek and call for friends. If you make too much sound, you will attract more aliens. Essentially, Rainbow Six Extraction pushes you to be stealthy, except it’s not easily achieved. Taking down the aliens from behind was a hit-and-miss. And not every Operator’s gun has a suppressor (to minimise sound), a situation further exacerbated when you’re losing Operators left, right, and centre. Not many places to turn to, with dwindling choices.

Aliens all around in Rainbow Six Extraction
Photo Credit: Ubisoft

And should you end up attracting attention — which happened to us most of the time — Rainbow Six Extraction’s aliens will usually overwhelm you. That brings us to the second variable: respawning. The Parasite’s minions emerge out of nests that endlessly spawn replacements. The only way to stop that is to destroy the nest. But it’s not always clear where they are coming from, and/or it’s easier said than done getting to a nest when you’ve limited health and there are seemingly infinite aliens in your way. This again contributes to a sense of padding within Rainbow Six Extraction.

Technically speaking, Rainbow Six Extraction is well designed. The sound design is on point — sneaking around aliens in closed environments should feel creepy and put you on edge, and that’s exactly what Ubisoft Montréal deliver here. You can ratchet up the tension with headphones, which make everything more immersive, naturally. And we had no complaints with Rainbow Six Extraction’s physics and graphics, despite being on separate consoles. Our three-player squad was spread across an Xbox One S, Xbox One X, and Xbox Series X. Rainbow Six Extraction also offers full cross-play and cross-save support, allowing PC, Xbox, and PlayStation gamers to team up to tackle the Parasite threat. It’s heartening to see Ubisoft support it in a world that otherwise lacks them.

Ultimately, Rainbow Six Extraction is not much more than a corridor shooter. And I can’t say who’s it for. Rainbow Six Siege diehards already have a game they love. Those who wanted to experience Siege’s gameplay but were turned off by the online multiplayer aspect won’t find a lot of similarities here. And Rainbow Six Extraction is clearly not for most casual gamers. In fact, I would go so far to say that it feels like it’s built for hardcore players only. Unless Ubisoft plans to massively tweak difficulty settings and play styles in the near future, Rainbow Six Extraction could end up being one of those titles that get lost between the couch cushions.

You can also get Rainbow Six Extraction with Xbox Game Pass that costs Rs. 699 per month, or Ubisoft+ subscription that costs EUR 15 (about Rs. 1,270) per month.

With inputs from Saad Rashid and Satvik Khare. 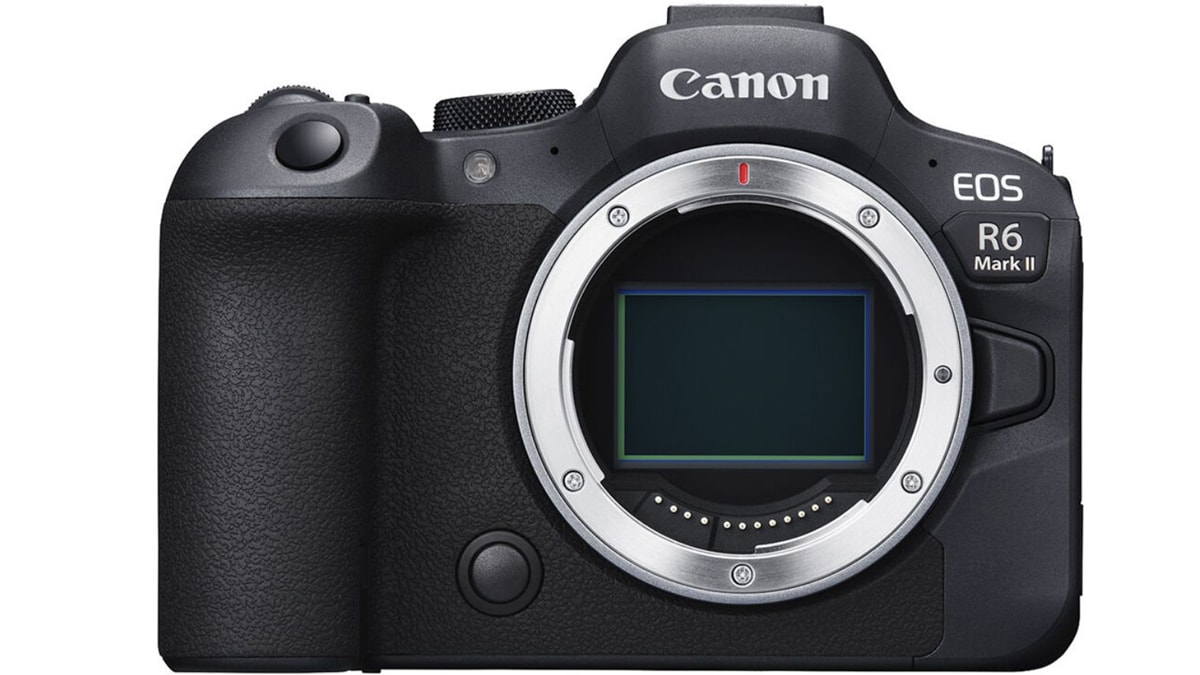 Payday loans when you look at the Valrico, Fl for underemployed anyone

Space Invaders: How Video Gamers Are Resisting a Crypto Onslaught