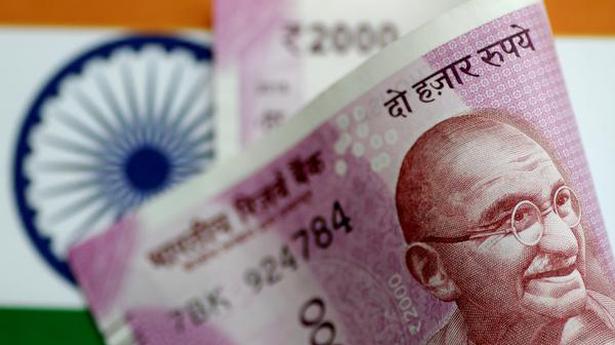 The rupee surged 14 paise to 74.54 against the U.S. dollar in opening trade on November 3 as IPO-related inflows and a positive trend in domestic equities supported the local unit.

At the interbank foreign exchange, the rupee opened strong at 74.64 against the dollar and gained further ground to 74.54 in early deals, a rise of 14 paise over its previous close.

On Tuesday, the rupee had settled at 74.68 against the U.S. dollar.

Meanwhile, the dollar index, which gauges the greenback’s strength against a basket of six currencies, fell 0.01% to 94.07.

“The rupee is gaining ground despite a rise in dollar index above 94.00 due to inflows from big IPOs,” said Anil Kumar Bhansali, Head of Treasury, Finrex Treasury Advisors.

“If the Fed is hawkish, maybe, we could see further dollar strength, else the tapering has been fully factored in by the market,” Mr. Bhansali said.

Foreign institutional investors were net buyers in the capital market on November 2 as they purchased shares worth ₹244.87 crore, as per exchange data.