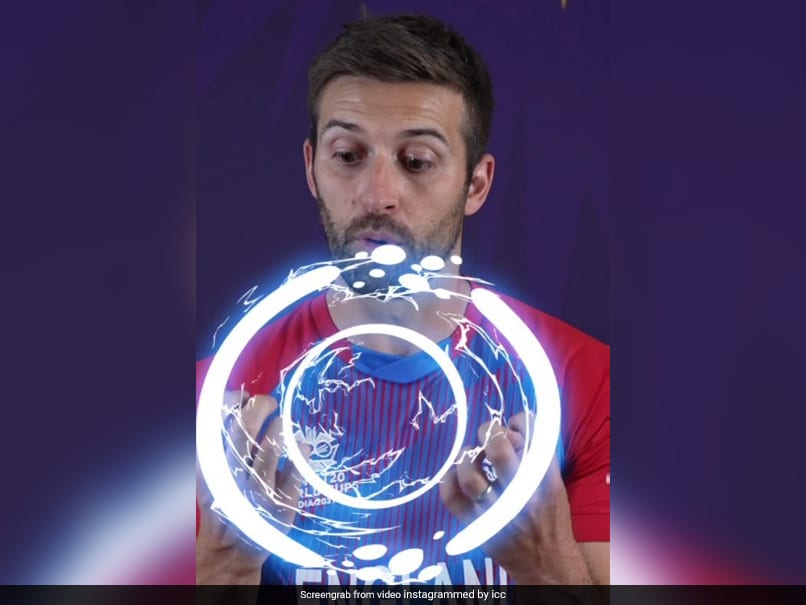 
Mark Wood revealed how he would use a cricket ball to extract Jasprit Bumrah’s “superpower”.© ICC/Instagram

England pacer Mark Wood is one of the fastest bowlers going around in world cricket currently, but he still wants to another weapon to his arsenal — Jasprit Bumrah’s ability to bowl yorkers at will. In a fun video posted by the International Cricket Council (ICC) on social media handles, Wood took inspiration from Hollywood movie ‘Space Jump’ and revealed how he would use a cricket ball to extract Bumrah’s “superpower”.

On being asked the question, “If you could steal a skill from your rival, who would it be and what skill would it be?”, Wood was quick to name the Indian speedster and said,”Bumrah. Maybe, five steps of having a perfect yorker.”

The interviewer further asked, “How would you steal?” to which he replied, “I would probably get something like in the movie Space Jump. Instead of getting a basketball, I would get a cricket ball. Suck all the energy out of him and then I get the superpower.”

Participating in the ongoing T20 World Cup, Mark Wood endured a tough outing in his first match for England in the tournament against South Africa. Wood went for 47 runs off his four overs and failed to take a wicket.

Wood was included in the playing XI due to an injury to Tymal Mills which forced the latter out of the tournament.

England went on to lose the match by 10 runs but it didn’t make much of an impact on their semi-final qualification as they along with Australia booked their berth in the last four.

From the Group 2, Pakistan and New Zealand qualifier for the semis.

Meta Is Working to Speed Up the Metaverse, but Will Its Plans Succeed?