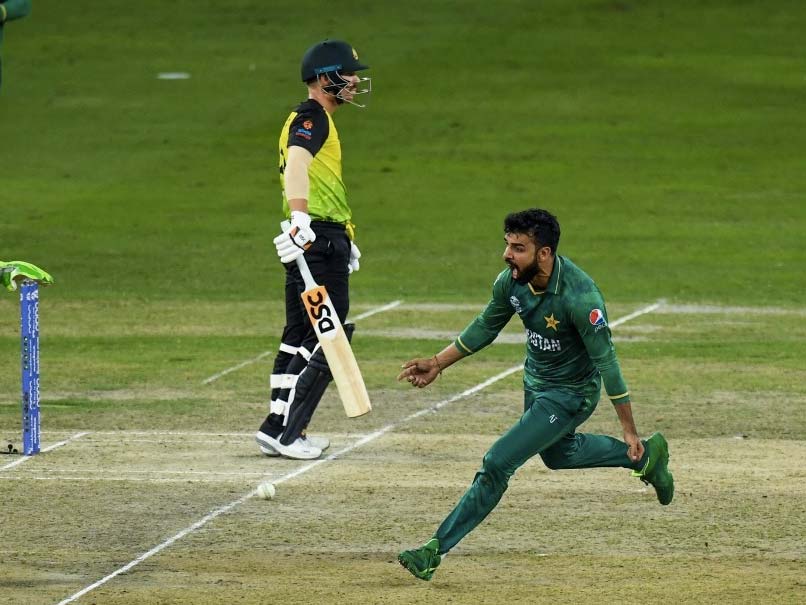 
Australia’s dream of winning a maiden T20 World Cup remained intact as they defeated Pakistan by five wickets to march into the final where they will face New Zealand. The Aaron Finch-led side had to battle it out against Pakistan but some brilliant power-hitting by Marcus Stoinis and Matthew Wade got them over the line in the semis. During Australia’s chase, there was an error from David Warner that could have cost them dear, but fortunately for the Aussies, it didn’t matter.

Warner had done exceptionally well after captain Aaron Finch had been dismissed for a golden duck. The Australian left-hander reached 49 off just 29 balls to put his team in a good position.

On the first delivery of the 11th over, Warner received a tossed up delivery from Shadab Khan wide of the off-stump. The batter tried to manufacture a shot but it looked like he edged the delivery to Pakistan wicketkeeper Mohammad Rizwan for an easy catch.

Despite Australia having two reviews, Warner did not opt for the DRS and walked off the ground.

Later, Twitter went berserk as fans shared photos of the ‘Ultra Edge’, which showed that Warner’s bat didn’t come in contact with the ball at all.

Cricket Australia’s digital content team took to social media to share a photo of the ‘Ultra Edge’ and summed up their feeling with an emoticon.

Here is the photo:

Fans too were left completely bewildered by Warner’s decision to not take the review.

An Australian batsman walking when he hadn’t nicked it? How bizarre is that? #DavidWarner #PakvsAus #T20WorldCup

He is not a kid , he should have take Review, No don’t cry and wait

What Happened To Warner, Why No Review

Why warner didn’t take a review. The match was at a crucial juncture. He was playing at a phenomenal strike rate of 165 odd. Australia had 2 reviews left. What’s the point blaming the umpiring decisions. You can always reverse it

Chasing a target of 177 runs, Australia reached 177 for five in 19 overs with Matthew Wade hitting three consecutive sixes to seal the win. Meanwhile, Stoinis also remained unbeaten on 40 off 31 balls.

Shadab Khan was in good bowling form for Pakistan and took four wickets off his four overs.

Pakistan had posted 176 for four in 20 overs. Mohammad Rizwan was in excellent form and slammed 67 off 52 deliveries. Meanwhile, Fakhar Zaman remained unbeaten after registering 55 off 32 balls. Mitchell Starc took two wickets for Australia, Pat Cummins and Adam Zampa bagged a dismissal each.

Australia will now face New Zealand in the final on Sunday in Dubai.

BGMI Bans Over 66,000 Accounts for Cheating in a Week