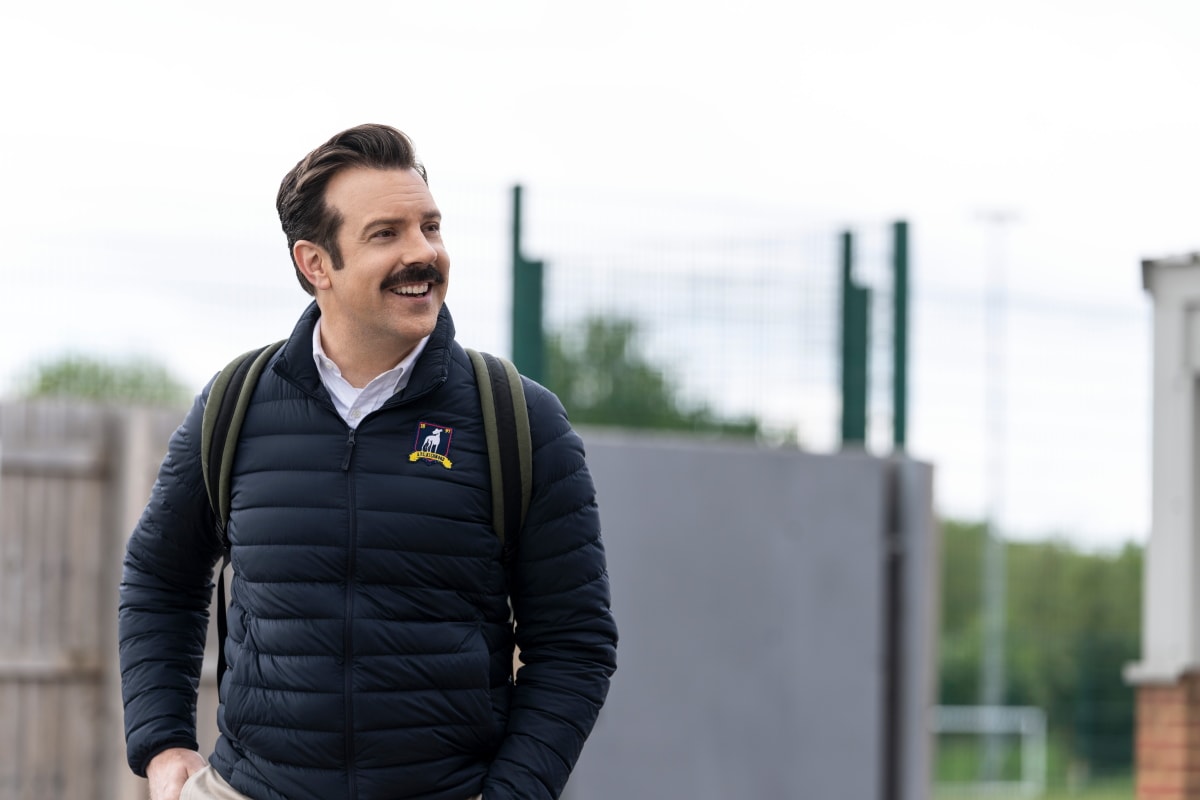 
Ted Lasso might be headed to FIFA 23. In a tweet from the Apple TV+ show’s official account, the football coach, played by Emmy-winning actor Jason Sudeikis, is seen getting digitally scanned, hinting it’s for an upcoming game. EA Sports FIFA then replied to the tweet with a side-eye emoji, perhaps sealing the deal for the fictional coach’s appearance in the latest football simulation game. Furthermore, a listing for his club AFC Richmond briefly appeared on EA’s FIFA ratings database, before getting removed last week.

“Look out, Mario! You’re not the only pixelated man with a moustache who never knows where the tube is taking him…,” the tweet reads, poking fun at Lasso’s uncertain and random career path. For the uninitiated, Ted Lasso is a sports comedy series, that follows an American football college coach, who gets hired to coach a second-tier English football team, AFC Richmond. That’s two different sports. As you would expect, his arrival is met with scepticism, as he struggles to learn the sport and the culture surrounding it. The show scored four Emmy awards this year, including a second straight Outstanding Comedy Series.

Last week, leaks surfaced indicating that the fictional club AFC Richmond would make it to FIFA 23. And while there was no team logo at the time, a new screenshot on Reddit confirms the club’s inclusion, and that it could be available as a playable team. Does this mean the remaining Ted Lasso cast of players is getting scanned too? That said, it appears as though AFC Richmond players can also be transferred into your Ultimate Team or the career mode.

Last month, EA Sports revealed that FIFA 23 would allow players to step into the shoes of world-famous managers, as players pick from a template, built keeping their likeness in mind. Managers can be put in control of their main clubs, transferred onto a different one, or you can accept contracts for new opportunities. With the aforementioned Ted Lasso crossover coming up, we could see him stealing the limelight, as players use his model as club managers.

The AFC Richmond screenshots weren’t the only thing to be leaked, as last month, by EA Sports accidentally made FIFA 23 briefly playable on Xbox consoles. Those who pre-ordered the Ultimate Edition were able to enter the game, grab quick screenshots, and post them online. The access was soon disabled, but the damage had already been done. Besides player ratings, the leak also ended up revealing third kits for Liverpool FC and Atlético Madrid.

have is days together meat fill for give you’re

Must i pawn a car or truck whilst still being push it?

“Something We Are Really Waiting For”: Harmanpreet Kaur On Women’s IPL | Cricket News