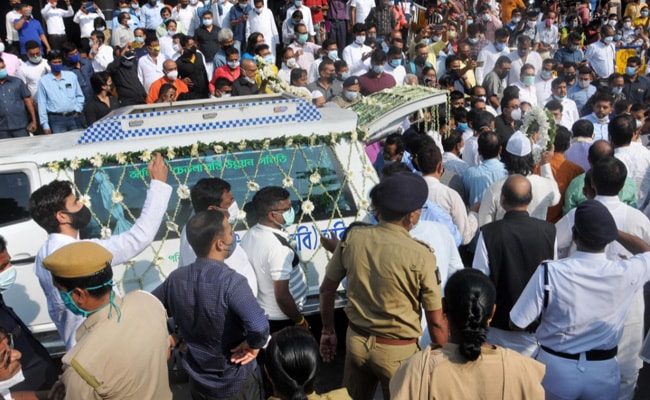 West Bengal has declared seven-day mourning after the death of Subrata Mukherjee. (File)

Veteran Trinamool Congress leader Subrata Mukherjee was cremated with full state honours in Kolkata on Friday evening, with political leaders cutting across party lines paying their last respect to him. The panchayat minister was given the gun salute at the Keoratola crematorium in the southern part of the city.

The state government declared seven-day mourning after the death of the ailing 75-year-old minister following a massive cardiac arrest at a state-run hospital on Thursday night.

Chief Minister Mamata Banerjee, who had described the demise of former Kolkata mayor as a “big personal loss”, remained indoors as her nephew and Trinamool general secretary Abhishek Banerjee paid floral tribute to Mukherjee at the crematorium after which the last rites were performed.

Mukherjee was considered the political mentor of Mamata Banerjee during her initial years in Chhatra Parishad, the student wing of the Congress. “I will not be able to see Subrata-da’s body,” she had told reporters on Thursday.

“I have grown up seeing Subrata-da. He was my childhood hero. There were numerous instances when I approached him for advice and he always guided me. I have lost my big brother,” Mr Hakim told PTI.

Mr Ghosh, vice-president of the BJP, said, “His contribution to Bengal politics will never be forgotten. He was the “Bhishma Pitamah” of Bengal politics. This is a big loss for all of us.”

In his condolence message, industrialist Sanjiv Goenka said, “In Subrata Mukherjee, we have lost a very good and a very capable leader. At a personal level, I had known him for over 35 years. It’s a very deep personal loss.”

Mukherjee’s body was kept at a mortuary on Thursday night and from there it was first taken to Rabindra Sadan, a state-owned auditorium, on Friday.

Thousands of admirers and supporters of the veteran politician assembled at Rabindra Sadan to pay homage to their beloved leader.

Governor Jagdeep Dhankhar, Industry Minister Partha Chatterjee, Leader of the Opposition Suvendu Adhikary and other MLAs paid their last respect to Mukherjee at the assembly when Mukherjee’s body were taken there.

The body was then taken to his Ballygunge residence and later to the “Ekdalia Evergreen” club where he has been playing a pivotal role in organising one of the most popular Durga Pujas of the city.

Thousands of party workers and common people took out a procession from Ballygunge area and escorted the hearse to the crematorium.

Mukherjee, who was hospitalised on October 24 following breathing problems, underwent angioplasty and two stents were inserted inside his blocked arteries on November 1. He died at 9.22 pm on Thursday. 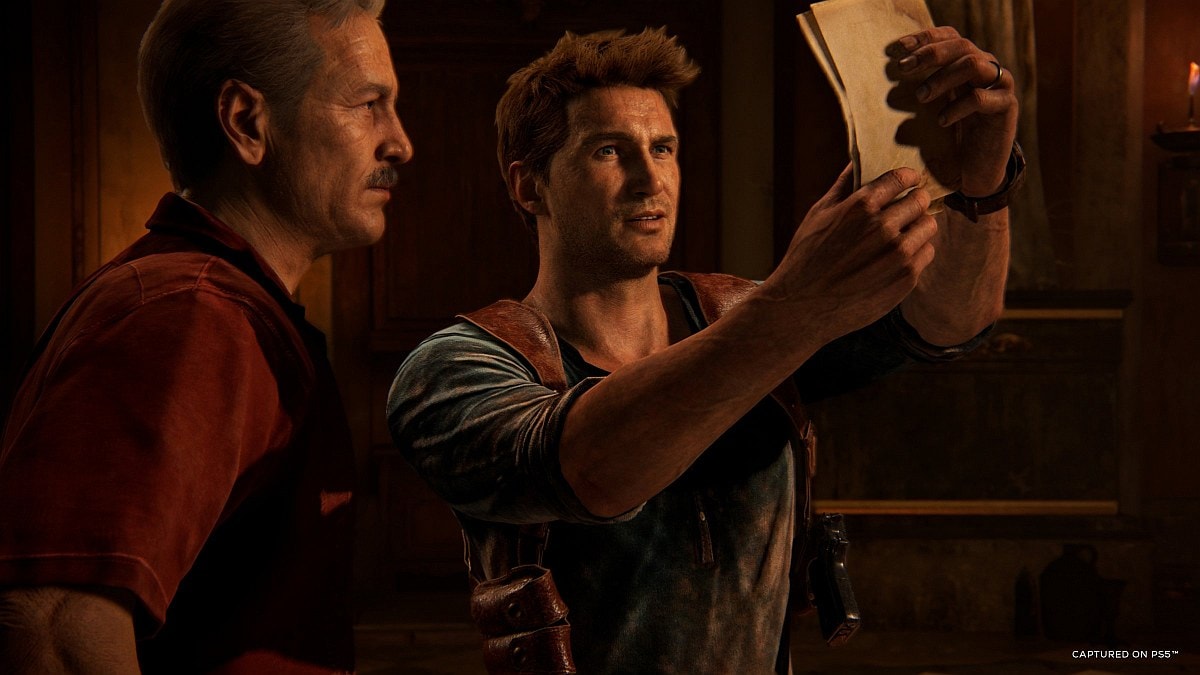 All You Need to Know About Uncharted: Legacy of Thieves Collection

“Those Who Offend China Will Be Punished”: Beijing Warns US In Taiwan Row

In talks with India for partial resumption of flights, says Singapore