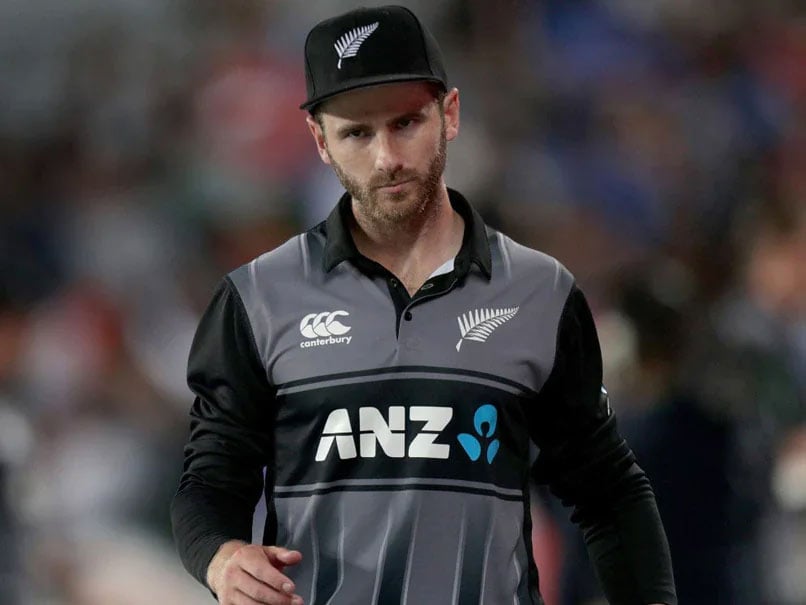 
Kane Williamson-led side is the third spot in Group 2 points table.© AFP

New Zealand skipper Kane Williamson expressed his happiness after his side defeated Scotland by 16 runs in their Group 2 Super 12 fixture in the ongoing ICC Men’s T20 World Cup at the Dubai International Cricket Stadium on Wednesday. The Blackcaps racked up an impressive 172/5 first up on the back of Martin Guptill’s power-packed 93. And in reply, Scotland never looked like chasing it down, finishing on 156/5, still 16 runs short. “We certainly knew coming into this tournament that there were match-winners all around. It ebbed and flowed and we got a good first innings total. We were patchy with the ball but we need to move on. Credit to Scotland for the way they played and hit the ball out of the park. We were tested and we need to learn from this. Guptill is a power player. He is hitting the ball beautifully. We really needed his innings. Also, Glenn Phillips and that partnership was necessary to get us to a good total,” said Williamson in a post-match presentation.

“A quick turnaround now, recover as quickly as possible for the next challenge. There are always things to work on, and there are definitely a few things we want to touch on. We need to adjust quickly to surfaces. It was a hard-fought match. We will go to Sharjah and take it from there. Every game is valuable and we know we try and prepare as well as possible for all of them. The next game is the only game that matters. For us it is all about playing the cricket we want to play and stay committed to that,” he added.

Chasing 173, Scotland lost their openers but ensured they didn’t fall well behind as they reached 76/2 at the halfway point of their chase. Matt Cross struck five fours in a row off Adam Milne to ease some pressure on Scotland.

Tim Southee then removed Matthew Cross in the 11th over. Calum MacLeod and Richie Berrington went back to the dressing room in 15th and 16th over respectively as Scotland slumped to 106/5. In the end, Scotland fell short 16 runs short of the target.